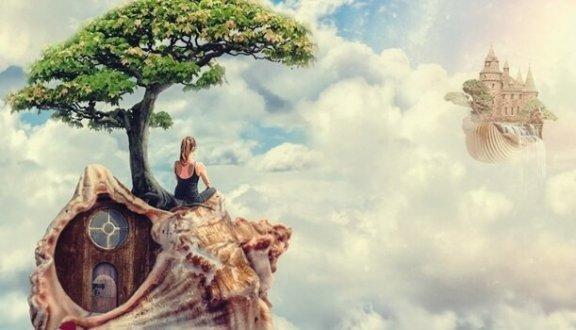 People have always tried to develop their memory what led to the development of mnemonic systems aiming to improve the recall when it is not possible to provide one with external retrieval cues (Yates, 1966). There is a great variety of paths and algorithms of memorizing information including the imaginary method, link method, peg system and finally, loci method, which is the subject of this research.

Loci method (lat. Locus – location) is one of the oldest mnemonic techniques that dates back to the time when no writing was used. It was used by Roman and Greek orators such as Cicero when memorizing a long speech for the public oration (Yates, 1966). The method involves following steps:

· Selecting and memorizing the familiar pathway and loci on it;

· Creating the image of each item to be remembered;

· Placing the image of the item in the specified loci;

Thus, when mentally walking along the pathway, images of items can be recalled.

Such technique showed several advantages in various efficiency tests carried by the scientist. One of the advantages is that loci method allows remembering the items in the same order as they were presented (Roediger III, 1980). Although it is not universal, it provides good results in special conditions. When analyzing and comparing the results of experiments with a short list (8-10 items), there were either no advantages, or the results were worse than other methods had, whereas relatively long lists (20 items) showed better results in the recall (Crowder, 1969). Cornoldy and De Beni (1991) have found that presentation modality of information to be remembered is also critical condition that affects the efficiency of the method. After the experiments, it turned out that those of the tested “loci” groups who were presented the information orally rather than in written form were at an advantage. It was defined as the “oral presentation effect.”

The choice of pathway namely its generation type also makes a great contribution into the efficiency of loci method. According to Angelica Moe and Rossana de Beni (2004), subject-generated pathways show much better results than experimenter-generated do. It is explained by the familiarities and mental connections between the objects to be remembered, and the loci they are associated with. Better interrelation causes better recall.

Present research is dedicated to the loci method using different pathways, namely their scales and analysis of the dependency between the efficiency of loci method and a type of loci.

Two word lists, each comprising 20 items were used. Shorter lists give no effect as stated previously. Items were selected corresponding to the research carried by Angelica Moe and Rossana de Beni explained previously.

The lists contained a mixture of household items and items that you would find on your way to university. The two lists of 20 items were similar in terms of subject content and. The pathways were in good interrelation with the items.

Participants then learned and practiced the method of loci. They were instructed that the method of loci involved associating the item that they were trying to remember with the familiar location on their pathway. Two examples were provided, and participants were instructed to mentally link the item they wanted to remember with the loci they had selected.

Tutorial groups were then divided into the “university loci” and the “home loci” condition. In the “university loci” condition, participants were asked to write down a familiar well-known path on their way to work e.g. starting with home door as the first location and ending with the university as the last. Participants in the “home loci” were given the additional information that they could use a set of familiar behaviors at home as a part of their orientation e.g. starting from getting out of bed until leaving the house in the morning. After participants had learned the pathway (either to the university or the familiar patterns at home), they were asked to write down the sequence of 20 locations and to learn them extensively.

Participants were instructed to pictorially link the item they were remembering with the loci they have selected. Two examples were provided. Then, the experimenter read the second list of words out. These items were read at an interval of 5 seconds per item similar to the first stage of the experiment. At the end, when all of the 20 items were listed, participants were asked to recall as many of the items as possible, in no particular order. The experimenter then read the list of words again, and the participants marked how many were correctly recalled. Scores in each trial were tallied in an excel spreadsheet.

Memory recall, both pre-test and post-test were analyzed on 667 participants using a mixed repeated measures analysis of variance (ANOVA) with type of loci as the between-groups factor with two levels: “home loci” (n = 373), and “university loci” (n = 275). Nineteen participants had missing data and were excluded from the study. The ANOVA test assumptions were satisfactory.

The research has shown that the choice of pathway caused no effect due to the fact that all the objects were taken from the pathways and equally mixed. In addition, the advantage of loci method comparing to the casual memorization is absolutely clear as it provides the increase in words recall that encounters 3.05 words.

Moe A., & De Beni R. (2005). Stressing the efficacy of the Loci method: Oral presentation and the subject-generation of the Loci pathway with expository passages. Applied cognitive Psychology, 19, 95-106.