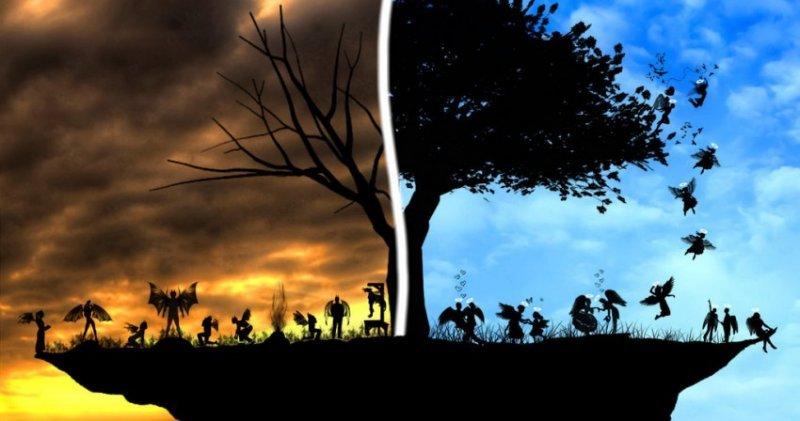 The key question the study aims at addressing through a probe into religion and prosocial behavior relates to the extent that laboratory-based effects can explain impact at the societal level (Shariff & Rhemtulla, 2012). Another important question this study raises refers to the relationship that punitive and benevolent elements of religion have on prosocial or antisocial behavior out of the laboratory. Therefore, in this study, the prediction was investigated through the examination of the role that beliefs regarding heaven and hell have on prosocial or antisocial behavior.

In addressing the research questions and hypothesis, the author utilized data from World Values Surveys and European Value Surveys on religious attendance, belief in heaven, hell and God. (Shariff & Rhemtulla, 2012) The data from these surveys involved individuals from 67 participating countries. Information on belief in heaven, hell and God was evaluated through an oral question that required the participants to cite which among these they held believe in and the acceptable answers were either No or Yes (Shariff & Rhemtulla, 2012). The participants were also assessed on the frequency with which they attended religious services other than funerals, christenings and weddings. The weighted averages were generated for every country using the provided individual weighting variable.

Their subsequent average standardized crimes rates were calculated using reliable statistics for 10 crimes from UNODC. The data supplied from UNODC was compiled from different national government sources on individual crimes from 2003-2008. The CIA World Factbook supplied information on per capita GDP. It also supplied dominant religion, life expectant and Gin coefficient, which were in terms of 2011 estimates. Urban density data that indicated the percentage of individuals residing in urban regions in 2005 was also provided by the fact book (Shariff & Rhemtulla, 2012).

The World Prison Population List provided data on population imprisonment while personality data was obtained from the Big Five Inventory studies on personality differences undertaken in 56 nations. The focus personality factors were neuroticism, conscientiousness and agreeableness due to their contribution to prosocial or antisocial behavior. The variables under focus were entered into a collection of linear regression equation with each crime being regressed on the basis of beliefs in hell and heaven, including all covariates (Shariff & Rhemtulla, 2012).

The study utilizes non-experimental research designs, more specifically the correlational ones, where arrays of variables are being correlated with one another. The research method employed in the study is correlation and regression analysis, which involves establishing the relationship that several variables exhibit in order to answer the research question posed. The key variables in this study are belief in heaven, God and hell. Nationality, religion, religious attendance, life expectancy, crimes, personality, urbanity, and income distribution are another set of variables that are consider important in this study.

According to this correlational study, individuals holding the belief in heaven are higher compared to those who hold the same in hell (Shariff & Rhemtulla, 2012). Crime rates increase as those believing in heaven increase and vice versa. A similar pattern is evident in three of the total of four continental zones and across three of the four religious groups under consideration in this study. However, the prediction is varying for Muslim countries where beliefs in heaven and hell are uniform. The results obtained from this correlational investigation support the author’s predictions on the connection between beliefs and crime rates. However, a segment of results mostly those for Muslim countries deviate from author’s prediction.

This study establishes a strong and unique correlation between religious beliefs and state crime rates. The results imply that belief in hell creates a strong negative effect on crime while belief in heaven creates a strong positive effect on crime. Therefore, the findings unite theoretical and empirical frameworks that put forward that beliefs in the castigating and omniscient supernatural beings were meant to promote cooperation while suppressing antisocial behaviors within the society (Shariff & Rhemtulla, 2012). It demonstrates that beliefs have significant influence on social behavior. Hell beliefs can have a positive impact on economic development of the developing countries. The findings may have important and unique explanatory effect for the existing economic trends. Religious beliefs may influence future work of policy makers, considering that standard economic indicators cannot provide such a strong correlation.

The study does not consider the influence that beliefs have on individuals, which to some extent leads to speculation. The study should focus on real-world situations and effects at the individual levels to establish the exact links instead of speculating. The inclination of an individual to adopt antisocial or prosocial behavior that determines whether they engage in crimes may not be affected by religious beliefs in the existence of heaven or hell alone. Therefore, conducting the research at individual levels and understanding factors that might fuel crime on top of beliefs can generate better and reliable results. The national crime rates and personal tendencies to commit crimes despite their beliefs should be assessed to prevent speculative statements.